We have for sale used Martin MAC 2000 Performance Lighting Fixtures, these are all in good condition and the price shown is per single fixture. Flightcase included.
Read More 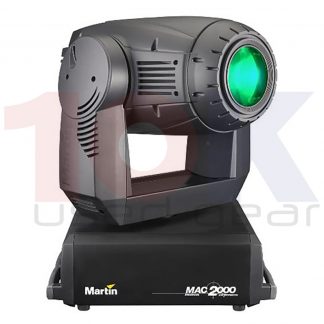 Martin MAC 2000 Performance has been specially engineered for use in theater and television. It incorporates an array of advanced features including a mechanized framing system and gobo animation module.

Did not find what you need? Send us an enquiry

Be the first to review “Martin MAC 2000 Performance” Cancel reply